I know I shouldn’t read the comments, but I do, we all do. Regardless of our inside voice screaming at us not to do it.

I know better, I know I shouldn’t look. I’m an adult, I’m in my mid(ish) 30s, I’ve had the internet since I was in junior high, I’ve been on social media for over a decade. I know I shouldn’t read the comments, but I do, we all do. Regardless of our inside voice screaming at us not to do it.

I’m a medical professional, I’m a parent, I’m the parent of a child with an invisible disability; all even more reasons I shouldn’t read the damn comments, but I can’t help myself. I should listen to my inside voice more, she’s actually pretty reasonable and gives good advice. My inside voice wants to decrease the hurt and the anger that arise when I read the comments — she just wants to protect me. I just want to protect my kid.

The latest reminder to not read the comments, stems from a recent article CNN posted with the headline “40 million people with diabetes will be left without insulin by 2030, a new study predicts”. I’m not going to get into my true feelings about this article and access to insulin — the insanely high list prices, that just keep increasing; the oligopoly by 3 pharmaceutical companies that will be allowed to continue to exist; the greed by pharmaceutical companies, insurers, and PBMs with backdoor deals and kickbacks — it will actually be the people who will not be able to afford insulin, they won’t have access (and my kid will only by 17 in 2030, still in high school, still not old enough to vote, still a kid — by all definitions). I looked, I couldn’t help myself and as I read the comments, the sadness started and then the anger began to boil over. SO many comments about people giving themselves diabetes; about diet and exercise and complete blame and shame to those living with diabetes. These adults show zero compassion or empathy, they wouldn’t dare make the same claims about people living with cancer, or Alzheimer’s or any other disease. But once again, people think it is OK to make fun of and blame people who have diabetes. “Oh, not the bad kind where kids give themselves shots. I’m obviously talking about adults.” Guess what people?!? There is no cure for diabetes — kids with type one diabetes, grow up and become adults with type one diabetes. There are so many subsets of diabetes that have been discovered, type one and type two don’t even begin to touch it. And all types of diabetes have underlying causes that stem way beyond “just watch your diet”.

Honestly, I want society as a whole to show more empathy in general, it’s probably exactly what our world needs. More understanding and showing others some grace, simply being better humans. And I just want to protect my kid. I want her to not be made fun of for something that was completely out of her control; a chronic, invisible disease that made her body attack itself when she was only 2 years old. A disease requiring man made insulin injected daily to sustain life. A disease that we have tackled head on as a family. I’ve been her fiercest advocate from day one and will continue to spend my days educating, correcting myths, and fighting insurers and durable medical equipment suppliers on her behalf — until one day, it becomes her burden, but she will know, she will never face any of it alone. She has one hell of a support system. Near and far, there are people who love her, learn from her, and will fight to protect her. What breaks my heart and awakens the mama bear inside, is that one day she is going to grow up and she is going to read the comments. 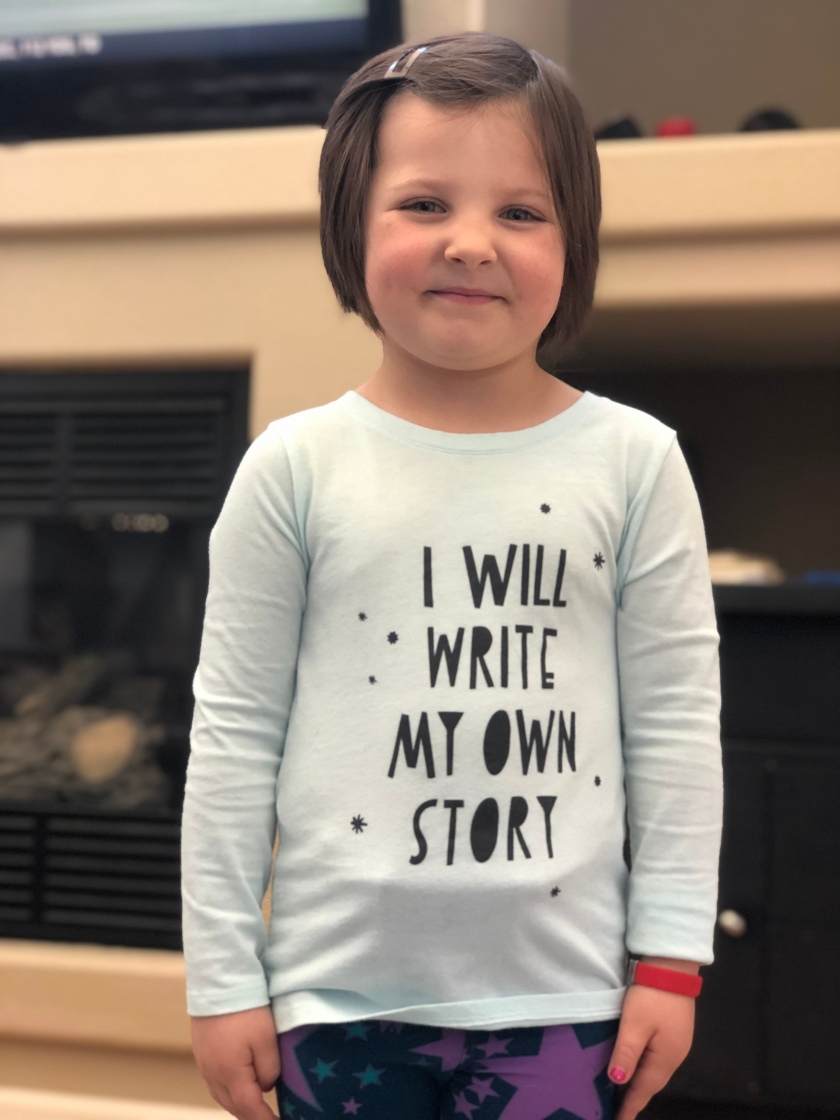 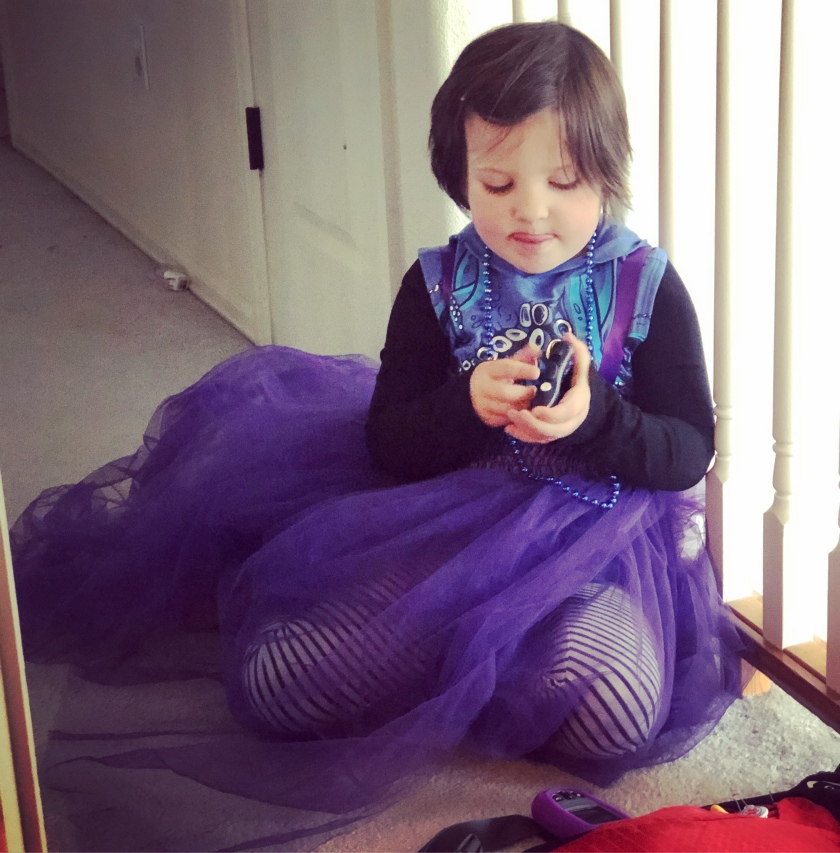 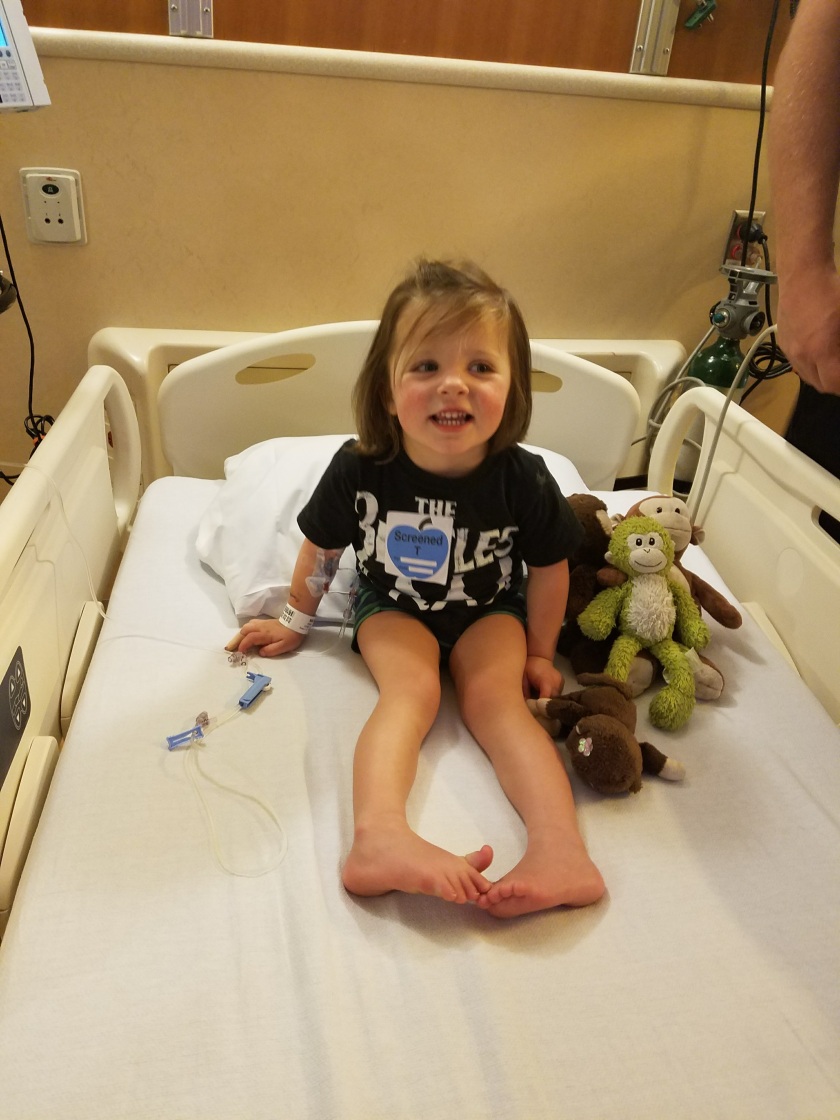 Holy moly, it has been 2 years.  The day we sat at Children’s hospital, with the RN dressed as a teenage mutant ninja turtle and the chief resident dressed as a ballerina.  The day I was losing my shit, being a horrible parent of a patient (and definelly didn’t look like an experienced RN), as I was sitting in the corner of that ER room and just could not stop crying.  The day we were waiting to see if the blood tests would show that she was in DKA, luckily they came back that she was not. We already knew the diagnosis, type one diabetes, a chronic disease with no cure.  That day seems so far away.

I asked Frankie today if she remembers anything before she had type one, her response “Nope, I don’t remember before diabetes.” and she went on playing.  Her response made me cry and I was shocked the tears came on so quickly. I don’t expect that most kids remember things from before they were 2 years old, but it made me a little sad that she won’t have any memories without having a chronic disease.  But maybe, just maybe it makes this whole thing a little easier. I mean, type one is just a part of who she is, it’s just life as she knows it. She’ll grow up, wearing her pancreas in a pouch, checking blood sugars, and carrying snacks — it will be her normal and all she will ever know.  She’ll grow up teaching people about type one diabetes and hopefully helping break the stigma. She’ll grow up volunteering at events, standing up for what she believes in and surrounded by a strong community. All of these are things that I feel are essential in raising a well rounded, socially conscious member of society; a broken pancreas, just pushed these onto Frankie a little sooner in life, maybe her body knew she could handle all of this like a rock star from a young age.

And she sure is handling this like a rock star.  We couldn’t ask for a better kid. She’s kind, smart, and empathetic.  She goes with the flow. She walks on stage and smiles, gives high fives, and says thank you to generous donors at events.  Raising money is as important as raising awareness when it comes to diseases to which there is no cure. Money for research for better technology, money to help those who are less fortunate, and money for research for a cure (although I don’t hold my breath for that last one, it’s the biggest pessimistic view I hold).   But when I look at pictures of her fingers today, I’m reminded of how far technology has come in 2 years. We now use the Dexcom G6 continuous glucose monitor, it is inserted every 10 days and requires zero finger sticks — ZERO, how awesome is that?!? When Frankie was diagnosed we were poking fingers at least 8 times a day and now we poke zero.  Her fingers thank us (most days), although she rarely gets to “vampire” blood now, much to her dismay. If the technology has improved this much in 2 years, I can’t wait to see what the future holds. We are hopefully looking to the future and what it holds for our diabadass. Here’s to 2 years down and her entire future ahead.